Anyone who knows me, knows that I am the self proclaimed Doughnut 👑 Queen. Although technically a purist, (glazed, plain, powdered, sugared), I will have to say I have never met a doughnut I didn't like. 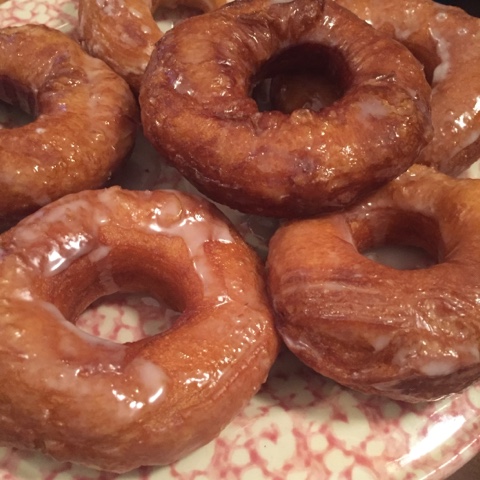 It has been years since I have made cheater doughnuts. When I did, I usually made them from Pillsbury Grands Buttermilk Biscuits. 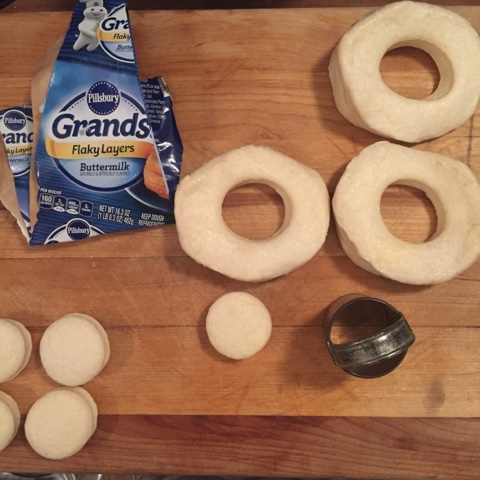 I've been pinning too many donut recipes on Pinterest lately and that got me thinking about my newer obsession - Cronuts. Since Cronuts are a cross between Croissants and doughnuts - and layers are the key - then how would the flaky layers Pillsbury Grands work? 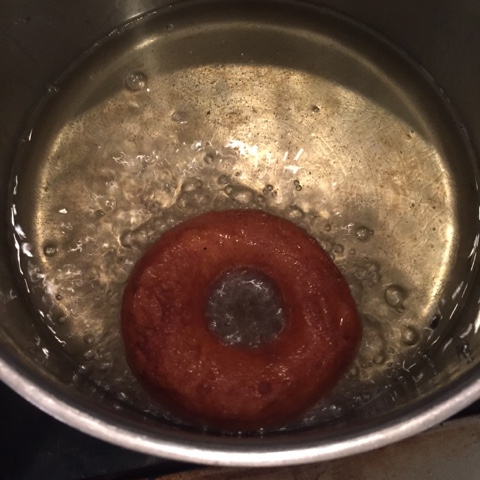 It would also figure - just like in the oven - a hot, quick rise would do them best. I used a tiny biscuit cutter to cut the holes, and then plopped the doughnut into the hot oil. 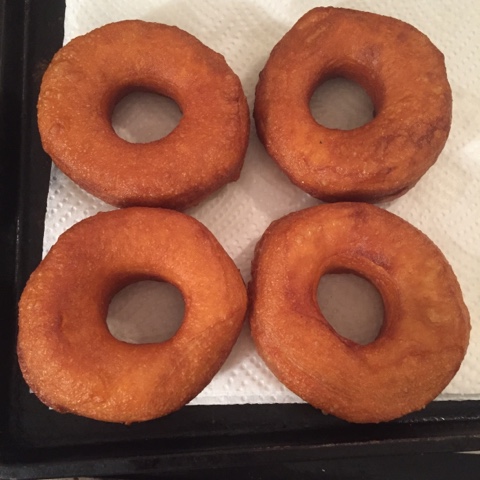 Drain them on paper towels after you pull them out of the hot oil. Then dip them into a cinnamon and sugar mixture or glaze that you have made from milk and confectioners sugar. 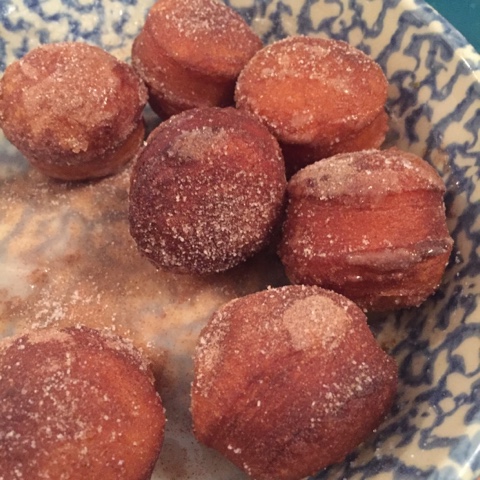 I glazed the 'Cronuts' and cinnamon sugared the holes. Bob ate two of the Cronuts before I got a chance to snap the picture! 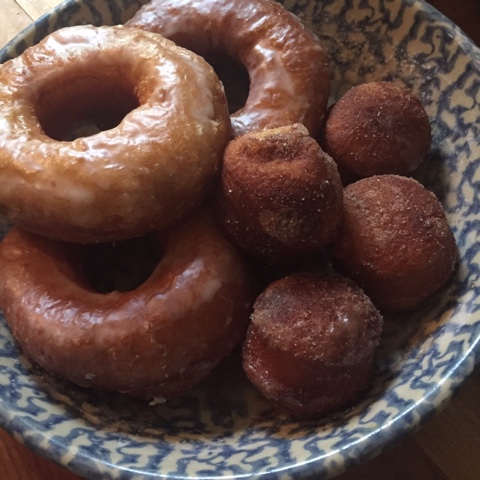 So - how did they fare? Not too bad! They definitely don't match up to a doughnut shop's Cronut, but for an early Saturday morning treat, they were pretty darn good!