Pay the people that work for you

When I had the 'opportunity' to work as an Interior Designer at an unpaid internship in NYC for my second Co-op program at Drexel University - I declined. How was I to live? Were they nuts?
There were a few of us that turned down large NYC design firms that year and by doing so created a bit of a 'stink' in the Co-op Department.
Where do these companies get off? They want young blood working for them - flexible, creative minds to mine for ideas. Why shouldn't they pay them? They pay everyone else don't they? 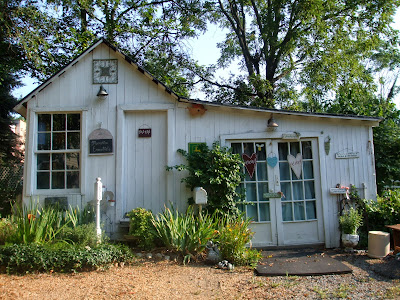 I run a small, sole proprietor business. I have had young people working for me for 21 years and I always pay them. I say I - my husband is self employed as well and pays his 'kids' too. We consider them 'family', and many of them come back year after year until they have graduated from college and embark on their new career.
So what prompted this 'rant'?
I saw this post on UpWorthy , agreed 100% and wanted to spread the word. People deserve to get paid for their work. Even if they have no experience. Why don't these selfish employers turn their greediness around? Teach a young person some skills, while paying them, rather than stealing their 8 hours a day, 40 hours a week.
On the other end - if you do want to work somewhere - talk to other interns, make sure the company you want to work for is truly ethical. You deserve to get paid for your time, and when you do - learn something and give it your all!
So what did I end up doing after turning down a high powered Interior Design Firm in NYC? I got hired by an architectural firm just outside Philadelphia in Bala Cynwyd - Hamilton, Murphy, Garrison Architects. I worked there for my entire 6 month co-op and continued there part time through my senior year at Drexel. I thought I was worth something and they did too. Believe it or not - I got paid!

Have you had a similar experience? Share it with me in the comments below - I'd love to hear from you! Liz

Hello, I find it so ironic that I came across your post. Some firms do believe in paying young interns. My father, Bill Murphy, of the former Hamilton, Murphy and Garrison Architects truly believed in the talents of those who had the desire to learn and work.
For over thirty years as Murphy Architectural Group, he embraced the talents of many interns and budding architects. My father made sure they were paid fairly. If they chose to stay on they always received a pay raise and paid health insurance. To show appreciation to those who worked with him, they received in addition to their regular paid vacation time, the week between Christmas and New Years off with pay. A Christmas bonus to them was never missed, even during recessions if it had to come from my parents pocket.
As a very young man my father worked a full time job during the day and put himself through school at night. My Mother encouraged and truly believed in all and everything he dreamed of doing. I undoubtedly believe that he never forgot what it was like to be young, with very little money and a handful of dreams. Like yourself, his employees also were like family to him.
I'm so grateful that you had the opportunity to meet a man, even with many trials and tribulations, believed in others. I will have to show your post to him.
I wish you all the joy, love and success in your life, Bill Murphy Jr.

Bill Jr.,
I am thrilled that you found this post. My experience at your father's architectural firm was unmatched. I worked there during the late 1970s/early 1980s. I shared drafting space with Wrong Liu, Calvin, and Bill Grant. Bill was my mentor and we have stayed in touch these many years.
I always treated as an equal and a valued member of the team, even though I was only a college student - and an Interior Design student at that.

Please share this with your father - I believe this may warrant another blog post - and thank him for me! warm regards, Elizabeth (Lisa) Nolin Pickett